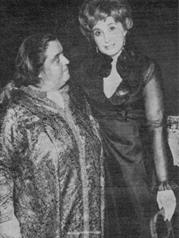 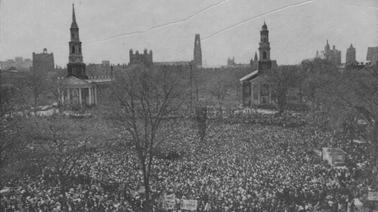 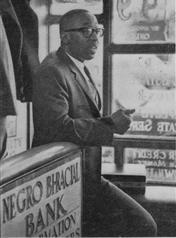 From 1968-72 I took pictures on assignment as a freelance photographer for the Boston Bureau of Newsweek® Magazine. I would be either hired by, or sell pictures to, major news outlets, book publishers and Fortune 500 companies.

You can’t beat being in the right place at the right time.

Lee Smith was my friend, he just turned 16 and he loved photography. To keep Lee from running with the wrong High School crowd, his father purchased Lee a 4”x5” view camera and commercial studio strobes. Let Lee have a serious hobby - a noble gesture, but Lee was 16 going on 35. It was 1968, the anti-war movement was in full swing, and things were wild. Lee eventually became Lee Smith, M.D.; however, Lee The Younger, liked to hang out at the hip anti-war, Boston Avatar Magazine, from where he called me.

Albie, don’t say a word! I’m at the Avatar. Newsweek just called. They want to hire photographers from the Avatar to photograph bands for them at the Boston Tea Party. I told them we are the photographers! We have to print up your portfolio tonight and be at Newsweek’s Boston Bureau in the Prudential Tower at 10:00 a.m. tomorrow.

Lee took the picture used in Newsweek; the credit was supposed to be Smith & Walton, instead of Walton & Smith. Lee was disappointed. The next Newsweek photo was of President Sneed at the Unity Bank & Trust Co., New England’s first Negro Bi-racial Bank. During his speech at the ribbon cutting, Boston Mayor, Kevin White, mispronounced Mr. Sneed’s name. Sneed stood up and yelled, “Black Power, Mayor! My name is SNEED!” Lee Smith was back in school, and I was on my own taking pictures for Newsweek; but I made sure the picture credit of Mr. Sneed was, Smith & Walton. Thanks, Lee, for getting me started.